The game is a cute fantasy adventure taking place in the swedish outskirts, close to a big forest. A young girl named Saga is to spend her vacation at her grandparents and something terrible happens, grandpa’ gets kidnapped by the Troll King and the girl must venture the forest to save him.

The Cabin is where the player starts. As an initial tutorial the player is requested to make coffee for the grandmother who is sick, lying in her bed. The coffee puzzle is a simple math puzzle that teaches the player how to move around and interact with all objects needed. 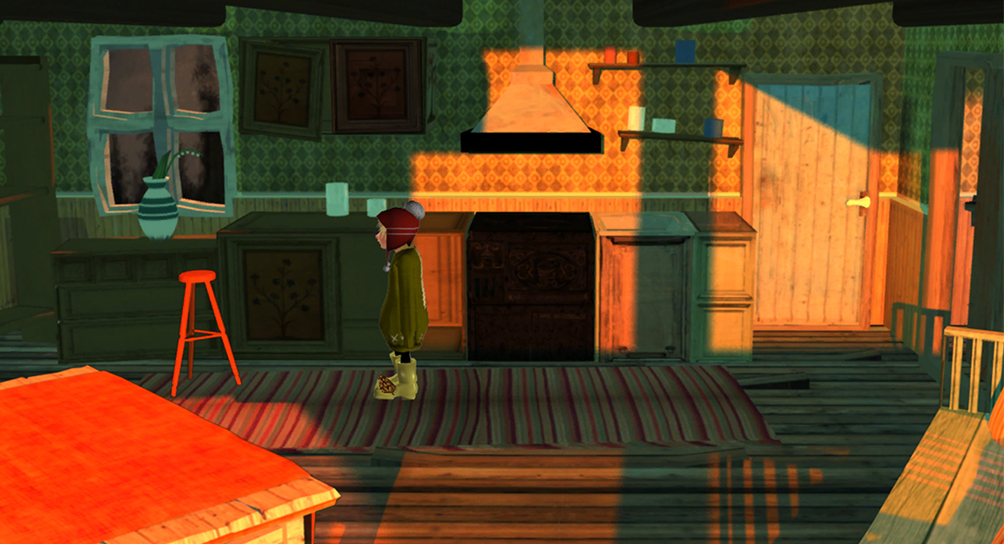 Out in the yard the player needs to get rid of an owl that sits on the birdhouse, thus saving a scared Gnome hiding in the oak tree. 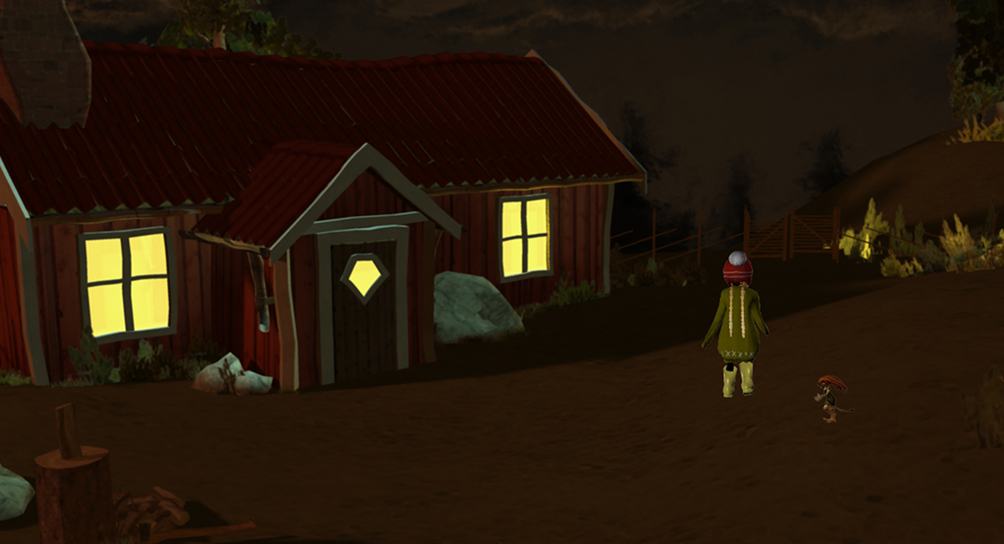 At the bridge the player meets a big troll which the girl Saga must win a Rock, Paper, Scissors game in order to pass. To do so the player must kick down a rock into the trench, the troll will then pickup the rock and from there on always chose Rock. 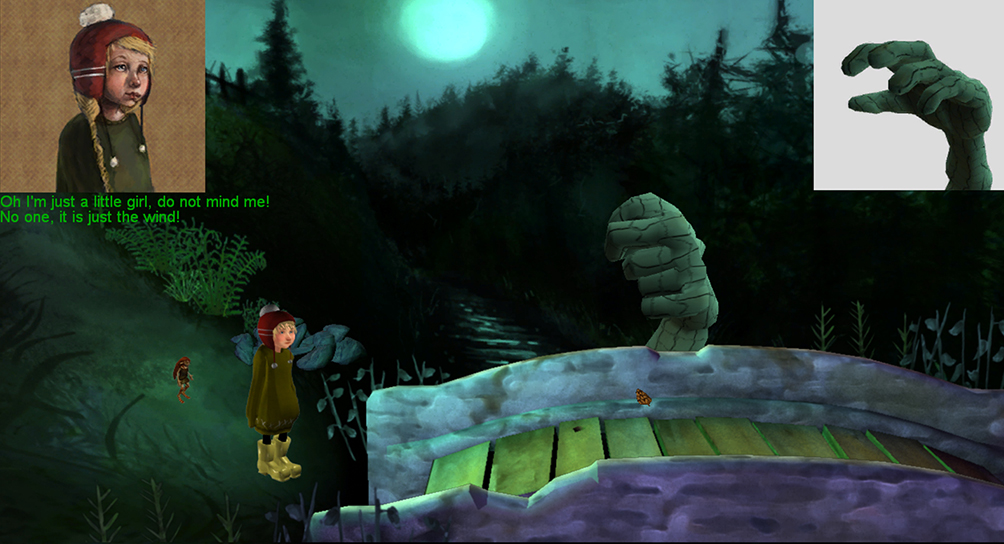 Stones in a Row

This is a series of three puzzles where the player have to put stones in a a row with only a certain amount of moves. 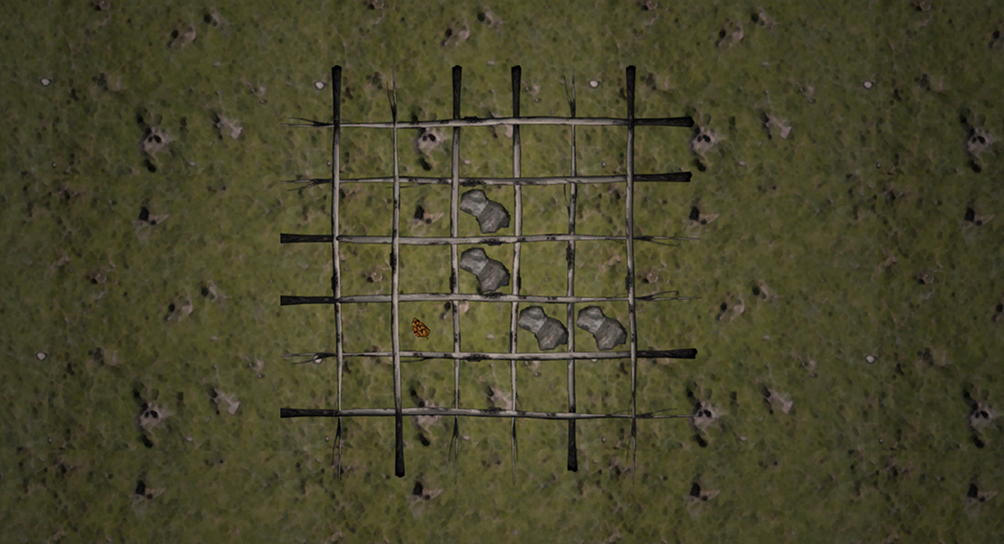 As a classic storytelling homage we decided to put a Wolf in the game. We had an idea to create a puzzle with a Wolf trap pit for the dag to fall into. But with all honesty it all turned out to be a bugfest – a complete feature creep. In our blindness to create this ‘awesome feature’ we didn’t realise we were incapable of doing it. 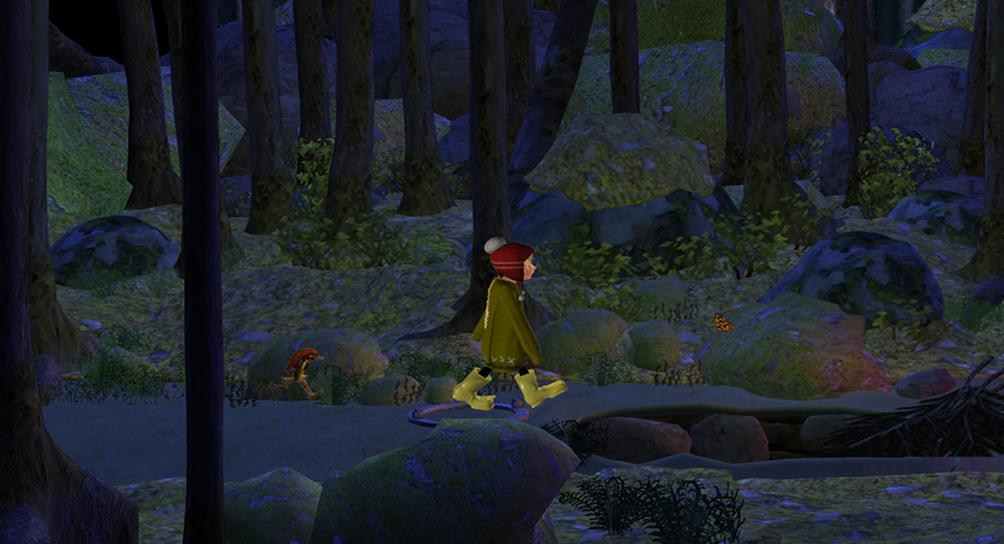 Entrance to The Hall of the Mountain King

Before the final scene the player is required to solved a classic puzzle which is a homage to the sliding puzzle in the game Broken Sword, Chapter 2, serving as the lock-mechanism. 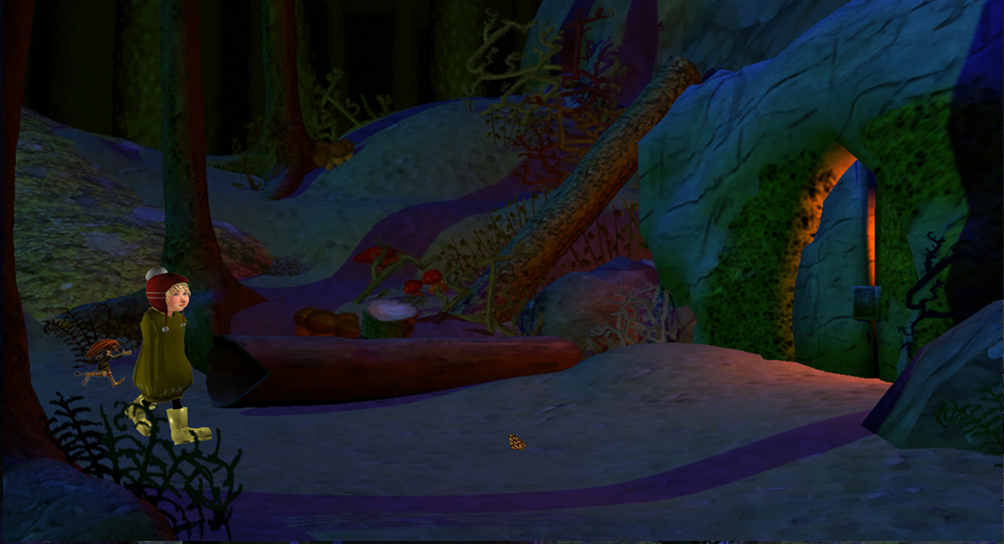 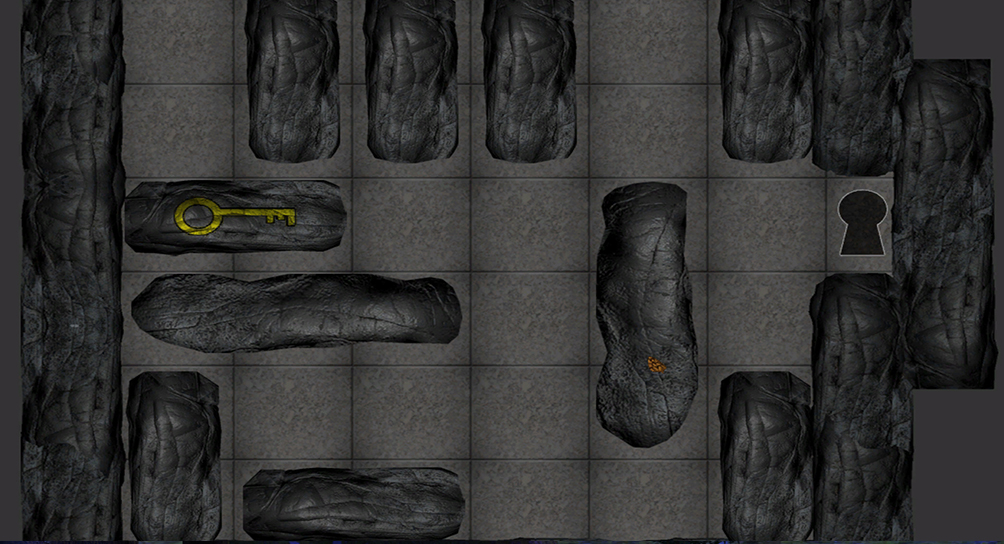 The Hall of The Mountain King

As a final burst of effort the girl Saga must face the Mountain King. Firstly, the King doesn’t mind the small girl and speaks in tongues to her, what the player now must do is to anger the old cave dweller. Half-way through the hall the player can see a chest in which she can find the Mountain King’s mother’s old tooth. As it is his most valued family treasure the king is maddened and rises from his throne, stumbling towards the girl. It is at this moment the player must run back to the beginning of the hall where the big chandlier is strapped to the wall and timely cut it off to drop down onto the head of the King. As the rocky creature is knocked unconcious the girl can walk up to the cage where her grandfather is locked up, free him and lead her old one safely back to the cabin. The end. 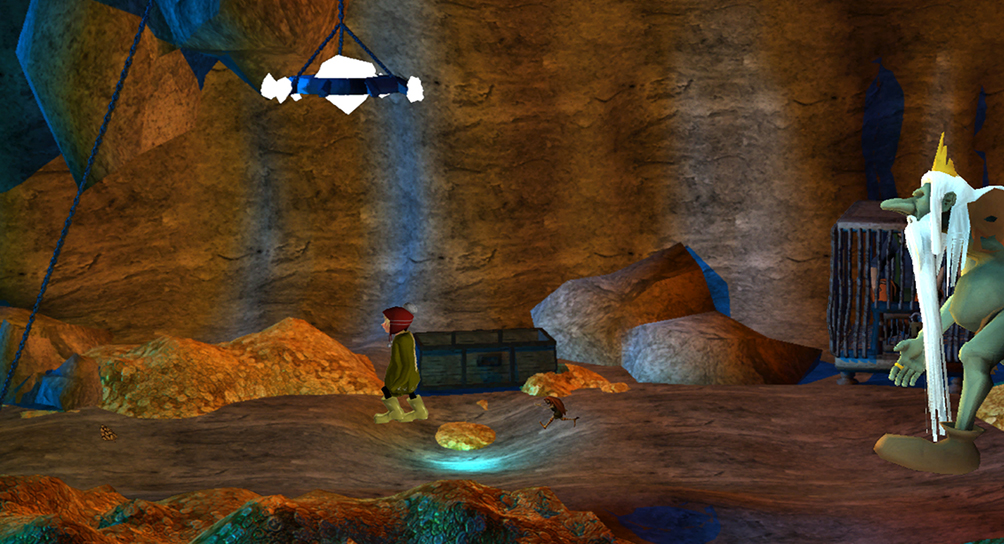